In Young Chautauqua, a nationally-recognized Colorado program, young scholars portray historical figures. Through monologues and question-and-answer sessions, young scholars–in and out of character–engage audiences in lively discussions with people from the past, and then provide insight into historical study. Students in grades 4 through 12 throughout Colorado participate in our Young Chautauqua program.

In a series of Young Chautauqua workshops, coaches and students immerse themselves in the writings and lives of historical characters through research, rehearsal, and performance. A student selects an inspiring person in history who possesses the qualities, values, and often life circumstances that they can identify with in their own life, then researches the character, develops a monologue, and portrays the character’s personality and ideology, while telling the stories of life-changing events that molded their lives. This portrayal is presented in front of an audience of their peers.

Young Chautauqua raises student interest and knowledge of American history by providing opportunities to practice research and public speaking while being mentored by Young Chautauqua coaches. The program builds self-esteem and reveals insight into life choices and challenges.

Available statewide to grades 4 – 12.  Currently developing an online version of the program with partners in Greeley, Grand Junction, Colorado Springs, and Boulder.

“The students who have responded the most to this process are not just the ‘A’ students. Many students have seen this as an opportunity to voice and express parts of history that are often untold and to share something about themselves. One student, Michael, who selected Corky Gonzales, became truly interested in both the history of the Latino Movement and the current movement, and registered for the La Raza Youth Conference. Students have the opportunity to perform in front of others. It builds a sense of community in the classroom. Young Chautauqua teaches them about an important individual.”

“When we first were looking for funds to do this program, it was suggested to us that we should do it with gifted/talented students only, but I have seen students with learning or speech disabilities excel. Students from lower socio-economic situations have less advantage in terms of overall research, but a great wealth of experience from which to draw as they connect to hardship, the importance of self reliance, and how political and cultural factors can affect one’s life. Students who find seat work difficult can also be highly motivated to participate because of the acting and physical aspects of this project. In my mind, the integration of literacy concepts, history, and the performing arts is vital to being educated-rather than just schooled. Students are now asking more questions during their literature groups that relate to political and historical influences on cultures. They are reading more deeply, into character, and are recognizing how authors help readers understand characters indirectly, as well as directly.”

“Rachel (as Baby Doe Tabor) was very enchanted with the dramatics and costume and with being a rich, wealthy, and beautiful woman. She accented these qualities throughout her talk and refused to speak from the point in her life AFTER she lost her money. She has done some reflection since the performances and has commented on the impact of those who included their hardships as part of their narrative.”

“Katie (as Doc Susie) rarely speaks in the large class. Throughout the process, she avoided practicing in front of others. Even at dress rehearsal she was restrained. The day of the performance, she walked on, took charge of her audience with her eyes and body language, and knocked our socks off! Her voice was strong; she had written her stories beautifully with such fluency and description, and she was extremely convincing. Her mom later said that she would not sign Katie up for other summer activities until she knew for sure about YC.”

“Freddy (as Alfred Packer) whose speech patterns have not yet developed the ‘r’s’ was chosen to present for all the fourth and third graders at our ‘People’s Choice’ assembly. When I asked him if he would be OK with performing, his eyes got huge and he said ‘I’d love to. They want me to perform?” This is a case of a student who is extremely creative and intelligent, whose family is very gifted in the dramatic arts and who isn’t noticed by his peers for his talents. Freddy even wrote a piece following that about ‘my most interesting day at school.'”

The series of workshops is flexible and can be customized to the needs of the sponsoring agency/school (e.g., meeting once weekly or biweekly; meeting for four weeks to meeting for ten weeks; meeting during school time to meeting after school hours)

Free to participants and attendees; a negotiable cost-share is required for implementation.

To host a Young Chautauqua program at your organization or school, contact Colorado Humanities Director of Programs & Center for the Book Josephine Jones at jones@coloradohumanities.org or 303.894.7951 x15.

A storyteller and speaker for over 20 years, Susan Marie Frontczak began representing Marie Curie in 2001. She has since given over a hundred presentations as Marie Curie at universities, conferences, schools, libraries, and theaters across the U.S. and abroad.  In portraying Marie Sklodowska-Curie, Susan Marie pays homage to their shared Polish heritage.  Susan, like Marie, enjoyed school and promotes awareness that academic excellence can lead to outstanding achievement. Marie Curie’s perseverance in purifying a grain of radium from a ton of pitchblende, in part, inspired Susan to major in Engineering, in which field she worked for fourteen years before pursuing full time writing and presenting in 1994.

Storyteller and author of a Mills biography, John Stansfield began following the tracks of Muir and Mills and exploring the West in 1960, and he’s never stopped.  His book, Writers of the American West: Multicultural Learning Encounters, received a Colorado Authors’ League Award and was a finalist for the Colorado Book Award in 2002.  With a Master of Arts in Teaching degree, Stansfield has taught elementary grades and now teaches on the adjunct faculty of the University of Colorado—Colorado Springs.  The Wilderness Society presented him with an Environmental Heroes Award in 2004 for his ongoing work to protect Colorado’s wild places.

Richard Marold has taught history on both the secondary and college levels.  He holds an MA in Humanities from Penn State University and has portrayed FDR throughout his home state of Colorado as well as before educational and professional groups nationwide.

Jack R. Van Ens received his Master of Divinity in 1972, his Master of Theology in 1976, and his Doctorate of Ministry in 1984 from the Princeton University/Seminary.  He is currently the President and CEO of Creative Growth Associates, where he instructs and leads educational, business, and religious nonprofit groups.

Storyteller, singer and speaker for over 10 years, Elsa Wolff enjoys bringing literature to life for children and adults alike. Using humor, story and music, she draws the audience in with personal portrayals of this wide variety of characters. 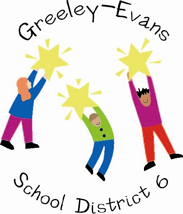