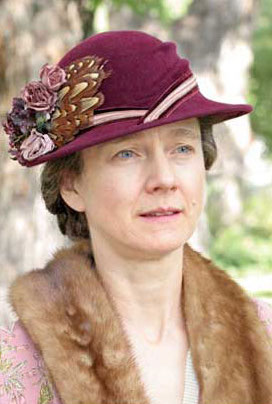 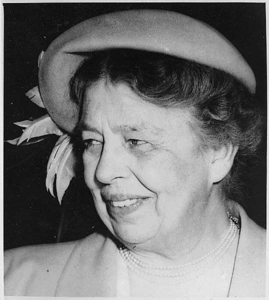 Susan Marie Frontczak presents a living history portrayal of Eleanor Roosevelt who redefined the role of First Lady, working tirelessly as an author, activist and humanitarian. She became a relentless and compassionate voice for the forgotten poor, underprivileged, segregated and wounded.  Often working behind the scenes during FDR’s presidency, she is now widely regarded as the most influential woman of the 20th Century.  As delegate to the United Nations she guided the development of the Universal Declaration of Human Rights. Behind this public life is the story of a little girl who lost both parents before the age of ten, a debutante who felt trapped by society’s expectations, and a young wife who raised five children before emerging into the national and world spotlight.

Frontczak has given over 800 presentations as Marie Curie, Mary Shelley, Irene Castle, Clara Barton, Erma Bombeck and Eleanor Roosevelt across 42 of the United States and nine countries abroad.  She works with both students and adults to develop their own Living History presentations and is the author of the Young Chautauqua handbooks for Colorado Humanities.